Fundación Huésped is an Argentine organisation with regional scope that has been working in public health since 1989, aiming to guarantee access to health and control of diseases. Based on a strategic planning process in which the institutional vision was broadened, we work focusing on HIV/AIDS, viral hepatitis, diseases preventable by vaccines and other transmisible diseases such as dengue and zika, as well as sexual and reproductive health.

Our main approach includes researching and developing practical solutions related to public health policies in our country and region. We also carry out massive, innovative and high-impact communication and prevention actions through a constant presence in media and social networks

What do we do?

What do we do?

We are a nationally and internationally renowned research center in HIV/AIDS, hepatitis and other transmissible diseases, and in training of healthcare resources. We design and coordinate national and international studies in which more than 3000 volunteer patients already participated in more than 160 clinical tests, according to ethical and scientific controls and to international policies and good clinical practices.

We represent Argentina in the international initiative for the cohort study (IEDEA) in the Central Caribbean and South American region (CCASAnet), an epidemiological study with more than 30.000 patients in the region. We are part of the IMPAACT network (HIV studies on pregnancy, pediatrics and adolescence) funded by the NIH (Health Institutes of the U.S.)

We carry out social-epidemiological researches and develop monitoring and evaluation tools to improve the current projects’ quality in every program.

We work for HIV/AIDS and Reproductive and Sexual Rights to be a standing item in the agenda, and for the information to be spread in an ethical and responsible way. We are a source of constant information and we serve the media demand looking for their commitment to the different issues.

We mobilize resources to ensure the sustainability of our activities and services, through three strategies:
– Fundraising: allows people to contribute with a monthly amount of money.
– Special events: with the aim of promoting our work and build bows with companies and laboratories to support our activities.
– National and International Cooperation: these financing strategies provide support in specific intervention and research programs.

We offer direct and free HIV, other transmissible diseases and sexual and reproductive rights care such as counseling and individual psychotherapy, meetings for groups of pairs of people with HIV, family and friends, adolescents and young , and serodiscordant couples. We provide counseling and legal advice in discrimination cases, provide support for his/her social and occupational inclusion and treatment retention. We have a rapid and free testing center in our headquarters.

We develop projects that promote participation and the exercise of the rights of the most vulnerable populations in different communities. The work is being developed alongside the public sector and civil society organizations, aiming to influence the public policies of the territory related to sexual and reproductive rights.

EVERY SERVICE WE OFFER IS TOTALLY FREE FOR ITS BENEFICIARIES.

How do we fund ourselves?

How do we fund ourselves?

We finance our activities through funds raised by donations from people, special events, business collaboration and support to specific programs by national agencies and international cooperation.

In Argentina, the first HIV cases appeared in 1982 and most of them were concentrated in the Juan A. Fernandez Hospital of the City of Buenos Aires. At that time, the hospital counted on only two infectious diseases physicians attending a couple of times a week, supplies were inadequate and treatments represented about a thousand dollars per month. In addition, it was a moment when stigma and discrimination was inflicted to those living with HIV and also to those who were trying to help them. The patients had no resources and the government was unable to give an answer to the situation. That is why in 1989 Fundacion Huesped was founded in order to coordinate the solidarity of all the people that was willing to help.

Almost immediately, Roberto Jauregui, the first person with HIV that made his status public in Argentina, joined the effort and worked tirelessly to install the theme. Roberto died in 1994 and, in his honor, Fundacion Huesped led the construction and donation of “Hospital de Dia Roberto Jauregui” to the Juan A. Fernandez Hospital where, since then, the Infectious Diseases Division provides care.

A few years later, thanks to the private donation of funds from family and friends of Robert Lebach, in 1997 we opened our own headquarters which allowed us to extend our activities to the dissemination of information, education, prevention and provision of services to people with HIV. Also, we were able to increase our activities of scientific and social research and training of human resources focused on health. During those years the Highly Active Antiretroviral Therapy (HAART) appeared and changed the history of the epidemic with modern and safer medications, which for many people meant the difference between life and death. With early detection and timely treatment, HIV became a chronic disease.

However, more than half of the people with HIV in Argentina were unaware of their status and more than a third of new diagnoses were given to people with advanced stages of infection, which reduced the effectiveness of treatment. This situation, although improved nowadays, remains an unsolved issue. Thus, the promotion of testing (especially in pregnant women to prevent vertical transmission) became one of our main goals in prevention and communication.

The pillar of our work since 2002 has been the support of vulnerable populations. We have implemented hundreds of projects in more than twelve departments of Greater Buenos Aires and other cities within the country considering HIV in the context of sexual and reproductive rights and other related problems of vulnerable populations. It is not possible to address HIV without considering early pregnancy, gender-based violence, and lack of access to health care for young people, lack of controls for the HIV pregnant women, among other realities that even today demand our attention. It was by seeing how stigma and discrimination work as channels for the epidemic that we decided to strengthen our actions of rights promotion, advocacy and communication, both nationally and in the region. The barriers in adherence to treatment, co-infections, hepatitis and other communicable diseases, and the development of simpler and more effective treatments are other aspects that lead our research and intervention work.
Today, the response to the epidemic has to face new challenges: the idea that the epidemic has been solved, the still persistent stigma and discrimination as well as the unbearable barriers to expand testing and treatment. It is clear that we cannot separate HIV from sexual and reproductive health and from other diseases.
Today, 25 years after those first steps, we have the goal by 2020 to be a foremost national organization with regional and international profile as leader in the areas of public health from a human rights perspective focusing on HIV/AIDS, other transmissible diseases and sexual and reproductive health. To be a leader organization in advocacy, clinical epidemiological and social research and training, and technologic dissemination of our capabilities, through strategic partnerships with the civil society, the state, the private sector and the academic field.

Leandro Cahn is the Executive Director of Fundacion Huesped, where he was previously the Communication and Institutional Development Director. Leandro Cahn’s background is Politic Sciences (University of Buenos Aires) and he has finished a Master’s degree in Public Politics and Administration at Universidad de San Andres (UDESA). He has been the Communications Director of the 1st IAS Conference on HIV Pathogenesis and Treatment, Argentina in 2001. He has also been in charge of several consultancy engagements for the IAS and for Amgott-Mitchell, in charge of The Global Fund to Fight AIDS, Tuberculosis and Malaria (GFATM) communications.

Alejandra Cosovschi has a Bachelor’s Degree in Sociology (UBA) and Master’s Degree in Administration and Public Policies (thesis in progress). She was a fellow at the CLASPO project on «Self-sustainable community development in comparative perspective» from the University of Texas, United States. She has more than 15 years of experience in the social sector, particularly in health policies, international cooperation and fundrising.

Mar Lucas Gomez has a degree in Psychology (UAM – Spain), and a Diplomat in Social Pedagogy and Theory of Education (UNED, Spain). She also holds a Master in Family and Community Counseling (FUE – UNED, Spain). She is Specialist in Childhood and Development (IFEJANT, Peru). She has worked in different NGOs in Spain, Bolivia and Argentina, as well as in public agencies of the City of Buenos Aires, Municipality of San Isidro and Moron, focusing her work in areas such as childhood in situation of homeless, deprived of freedom, victims of violence, abuse of power and people infected and affected by HIV / AIDS.

Omar Sued is Specialist in Internal Medicine and Infectious Diseases and has a Masters degree in Integrated Management of HIV-AIDS (University of Barcelona). He is working to improve health of people living with HIV since 1997 in various fields such as public and private hospitals in Argentina and Spain, prisons and NGOs. He has worked as a consultant on HIV projects in Tanzania and in several countries of Latin America. During 2009-2012 he was the Regional Advisor for HIV-AIDS treatment for the Pan American Health Organization, Regional Office for the Americas of the World Health Organization. In February 2012, he joined Fundacion Huesped as Clinical Research Director. Currently, he is member of the Board of the Argentine AIDS Society, the AIDS Argentine Interdisciplinary Society and the Advisory Board of the AIDS and Infectious Diseases Updates Journal, and he is also the Academic Editor for the journal Plos One.

Kurt Frieder’s background is Business Administration and he has also obtained a Masters degree in Public Health at Universidad de Buenos Aires (UBA). He is co-founder of Fundacion Huesped and was its first President. He holds the Executive Direction from 1998. He was member of the Country Coordinator Mechanism for The Global Fund to Fight AIDS, Tuberculosis and Malaria (GFATM) representing the Argentine AIDS Society. 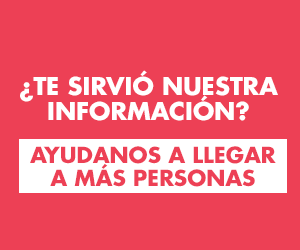